Automotive Social Media – If You Build It, They Will Come 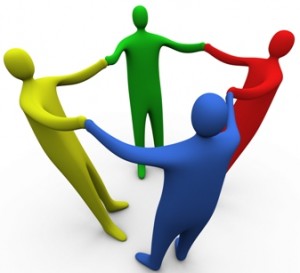 When it comes to Automotive Social Media, people are either in or they’re out.

Countless numbers o car dealers that I have spoken to are just not invested in the idea that having a Twitter, Facebook, or Blog can really gain you traffic and sales. Honestly, for a while, I doubted that it was the best medium for Automotive Dealers. Could it really generate leads? Could it really attract people who would ordinarily not come to your dealership, to walk into the doors and buy a car?

As I investigated different avenues one evening, I got a request on my Facebook page from my Grandmom. She was inviting me to come visit her farm in a popular Facebook game. My grandmother, who spent her mornings saying her rosary, her afternoons watching soap operas, and her evenings listening to her Andrea Bocelli CDs was joining the masses on Facebook who were growing crops and expanding their farms.

I swore never to play the feeble games on Facebook. I thought they were a waste of time.  But that invitation from my Grandmom made me curious about what her farm looked like, what she was growing, and what exactly I could do to help her.

And then, I made the connection; The simple connection that was blatantly there the entire time:

“If you build it, they will come.”

What do I mean by it? What is the ‘it’ that needs to be built?

And how exactly do you build ‘it’?

You guessed it. Social Media.

Now this isn’t saying that there isn’t more than one way to build interest, emotional investment, and attraction to your dealership or service. Social Media is however a prime example of a medium that many feel isn’t beneficial. For example,  if it weren’t for social media and that random request from my Grandmom, I never would have logged into that Farm game. It was someone I trust asking me to do something and offering me a bonus for doing it. (If I farmed her crops, I got a free Pig for my farm. How could I pass that up?)

For your dealership, you can use your Facebook Page or Twitter Account the same way in which you use the local paper or billboards for advertising. And it costs you nothing except the manpower that you designate to handle the posting for you. You can reach hundreds, even thousands of people each day by posting informative information. You can take it a step further and interact with those people. Leave a comment on a photo. Wish them a Happy Birthday.

As much of a time waster and senseless online tool that social media programs like Twitter and Facebook may be, it seems they have the right idea. They’re building it, and people are coming. In order to have the same effect on potential clients and customers,  it just takes a little extra work on your end to use creative means to make your dealership stand out from the rest. Posting consistent, informative information that your followers want to see is key.

It just takes a little bit of dedication to build it.

Hey, Visit CarChat24 on Facebook and Twitter and keep up to date with our latest news and other awesome stuff!